WHY, AND WHEN TO SWITCH TO .NET CORE—EVERYTHING THAT YOU NEED TO KNOW 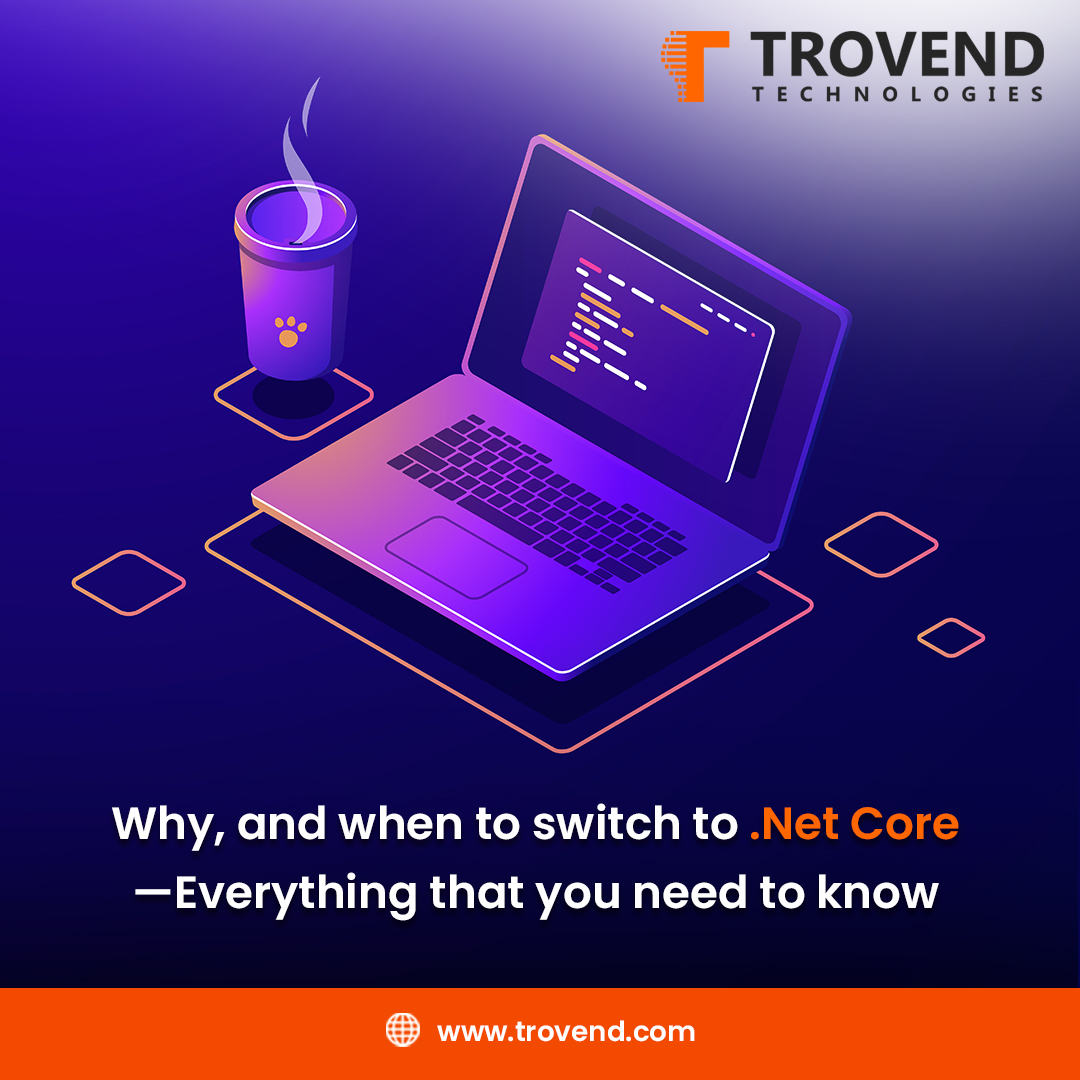 Microsoft continues to invest in its technology stack that enables developers to create stable and improved software products that allow companies to meet the ever-changing needs of customers. The number of users in Microsoft’s cloud flagship services and products in business intelligence has not declined as the number of platforms such as.net continues to expand alongside new features and improvements.

But now, Microsoft has chosen a single platform to replace the.net system with the.net core. As soon as this technology has been introduced, business leaders are attempting to recreate their strategy, questioning whether or not they should move to the.net core of the latest iteration of the framework.

Let’s start the discussion without much delay.

What Exactly is .Net Core?

.NET Core is a modern version of the.NET Framework, a free open source, Microsoft-based development platform. It is a multiplayer platform running on the operating systems of Windows, macOS and Linux.

.NET Core Architecture can be used for creating various types of applications, including mobile, desktop, web, cloud or IoT applications.

.NET Core is written to make it flexible, lightweight, fast and interconnected. It contains the key features needed for a standard .NET core application. Additional features such as NuGet packages are given and you can add them to your application if desired. This speeds up performance, reduces the memory footprint, and is easier to manage with the .NET Core framework.

Why should you migrate to .Net Core?

.Net Core has proven its capacity to develop feature-rich web applications in an open source framework. The coming release will encourage developers to target certain Mac, Linux, iOS, tvOS, watchOS applications etc. And here comes the question, why are you going to migrate into it if the industry has a.net platform already?

Although there are many triggers for migration to the.net core, we emphasize the top 3 here. .Net core features, enough to guarantee their excellence.

.Net can be used as individual units in an independent environment for smaller applications. It also helps development companies to induce various technologies and to encourage the microservices idea in a way. With the .net core, developers with any microservice will reduce tools. Microservices along with containers are the ideal partner for lightweight applications with added modularity.

.net core provides robust support for the work over various platforms, with increased performance and accelerated running times. Also the .net core offers a safer option as most of apps are hosting and running across the cloud. It is easy to create applications for a cloud based architecture with .net Core, as it comes with additional assistance for microservices and containers. This increases the end to the company’s end results.

In addition to this the .net core enables the development of cross-platform applications. Either Mac, Android, web apps or Linux is targeted, .net core has a translator which can run across all platforms.

When do you have to migrate?

When you have a technology idea and you’re pretty clear about migrating, the next thing is when?

When is the time to switch to the.net core ?

Considering that this has already been acknowledged by Microsoft. Net core is the future, the best time to jump now. Technology can only evolve with time, and the harder it gets, the more you postpone. This is thus the perfect time to move to the center of .net and be evidence of the future.

ASP.NET Core approach provided cross-platform support that was not available in previous.Net versions. Developers can build applications for Windows, Mac and Linux platforms and can use them to build cloud and IoT applications with modern architectures.

In order to improve performance, speed and efficiency, this framework is enhanced. With modern architecture principles such as containerization and microservices, scalability is not a concern, as.Net Core is designed to handle applications created with hundreds of microservices or technologies such as Docker.

Migrating to the.net center requires a lot more than just coding. Apparently, it incurs costs and needs additional modifications. Before you agree to adopt the shift, make sure that you have adapted your business to the needs of the platform. Note, there is no standard method that facilitates migration. In the end, it is the framework and its features that determines how successful the method will be.

If you’re looking for the best.Net application development company to create a stable, scalable, reliable and high-performance.Net web application or the best.net core migration development company, then you’ve landed on Right page. Our.net developers have an in-depth knowledge and experience across a wide variety of Microsoft technologies and languages such as VB. NET, C#, C++, Ms. SQL, ASP.NET. ASP.NET CORE, MVC to build cutting-edge web apps for complex businesses to take your company in the right direction.