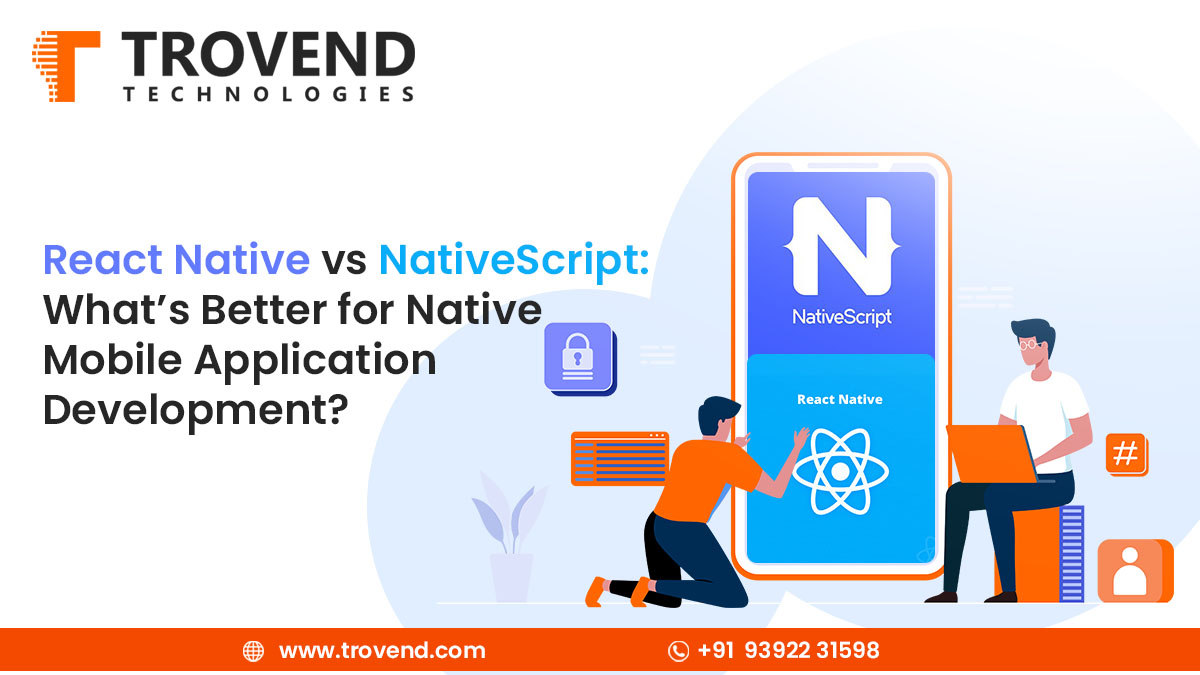 When it comes to exploring alternatives for budget cutbacks for mobile app development, the first thing that comes to mind is the cross-platform approach. Indeed, as compared to native development for both of the most popular platforms (iOS and Android), app developers can save up to 40-50 percent of financial and time capital that way. As for the preference of software tools for cross-platform solutions, the niche leaders are React Native and NativeScript.

In the following article, we will make a detailed comparison of React Native and NativeScript to find out which of these two well-known frameworks you should undoubtedly choose.

NativeScript is an open-source framework for building cross-platform iOS and Android Mobile applications using platform-independent programming languages including TypeScript or JavaScript. NativeScript uses native rendering and native user interface elements. It offers access to software functionality from the device without downloading any plugins.

According to framework developers, during the development of Mobile applications, the native user interface and functionality can be obtained with standard web technologies and design, including the FlexBox and CSS, similar to the native iOS and Android SDK. The Angular 2.0 can also implement NativeScript easily.

React Native (RN) is a JS-framework developed by Facebook and released in 2015. It’s based on the ReactJS library. The main feature of this solution is its ability to involve native components while building a UI that connects to JS code through personal bridges (i.e. does not use WebView and HTML technologies). This is exactly what makes the RN-created apps similar to the performance speed of native analogs. This framework is often used for startups, all due to the well-composed documentation (even beginners will be able to get a grip on the specifics) and the fact that it is absolutely free of charge.

Now, let’s take a look at the pros and cons of React Native and NativeScript to see which alternative is more advanced.

NATIVESCRIPT VS REACT NATIVE: WHICH IS A BETTER ALTERNATIVE?

Without further ado, here is a comparison of the React Native and NativeScript development frameworks with specific aspects:

This ability is not given by RN (React Native). With the support of special bridges, RN connects with native APIs, as described above. Here you may need skills in the required native languages. The most APIs feature developers in the official RN (React Native) community conveniently offering prepared bridges. In certain cases, programmers are expected to make substantial efforts to build and incorporate such a bridge with the existing code.

CONCLUSION: SO, WHICH FRAMEWORK TO CHOOSE – REACT NATIVE OR NATIVESCRIPT?

Let’s summarize our viewpoint on the stand of React Native vs NativeScript. As you can see, both frameworks are well advanced in building commercial solutions with their capabilities. On the other hand, to fully answer the questions ‘NativeScript vs React Native: which one is stronger? ‘And to make the most appropriate and reasonable decision to choose, all the aspects of your particular project must be carefully considered In particular, React Native can boast of its performance and a solid list of companies that prefer to work with it. In turn, NativeScript provides developers with access to native APIs and third-party libraries, which is a crucial factor in selecting a framework for developers looking for unprecedented flexibility.

Do you have an idea about a mobile app ? If so, please contact Trovend Technology and get information about our Mobile App development services, we’ll gladly help you! We will work on the project at any level of complexity and deliver the final result in the shortest possible timeframe to scale your